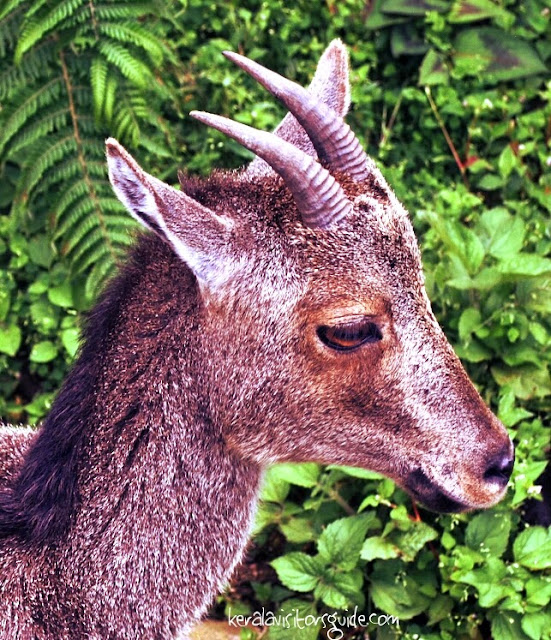 The Nilgiri tahr is found only in the Nilgiri Hills and the southern portion of the Western Ghats in Tamil Nadu and Kerala. It is the state animal of Tamil Nadu. The habitat of the tahr is exposed to pressures from human disturbances such as uncontrolled cattle grazing, fuel wood collection, as well as interference due to illegal tourism activities and occasional poaching. As a result, the tahr populations are stressed and do not have access to foraging grounds during the day. Further, the habitat is also shrinking as certain areas are getting diverted for human use.

This was my third visit to Eravikulam national park in Sep 2014. Lot of things had changed since my last visit in 2003 (and before that in 1999) when we had to trek all the way up to the top. Now visitors will be transported up hill which had saved our valuable 2-3 hours and at the same time reduced the environmental impact in Rajamala tremendously by making sure there are no illegal trash disposals and threat to the animals. 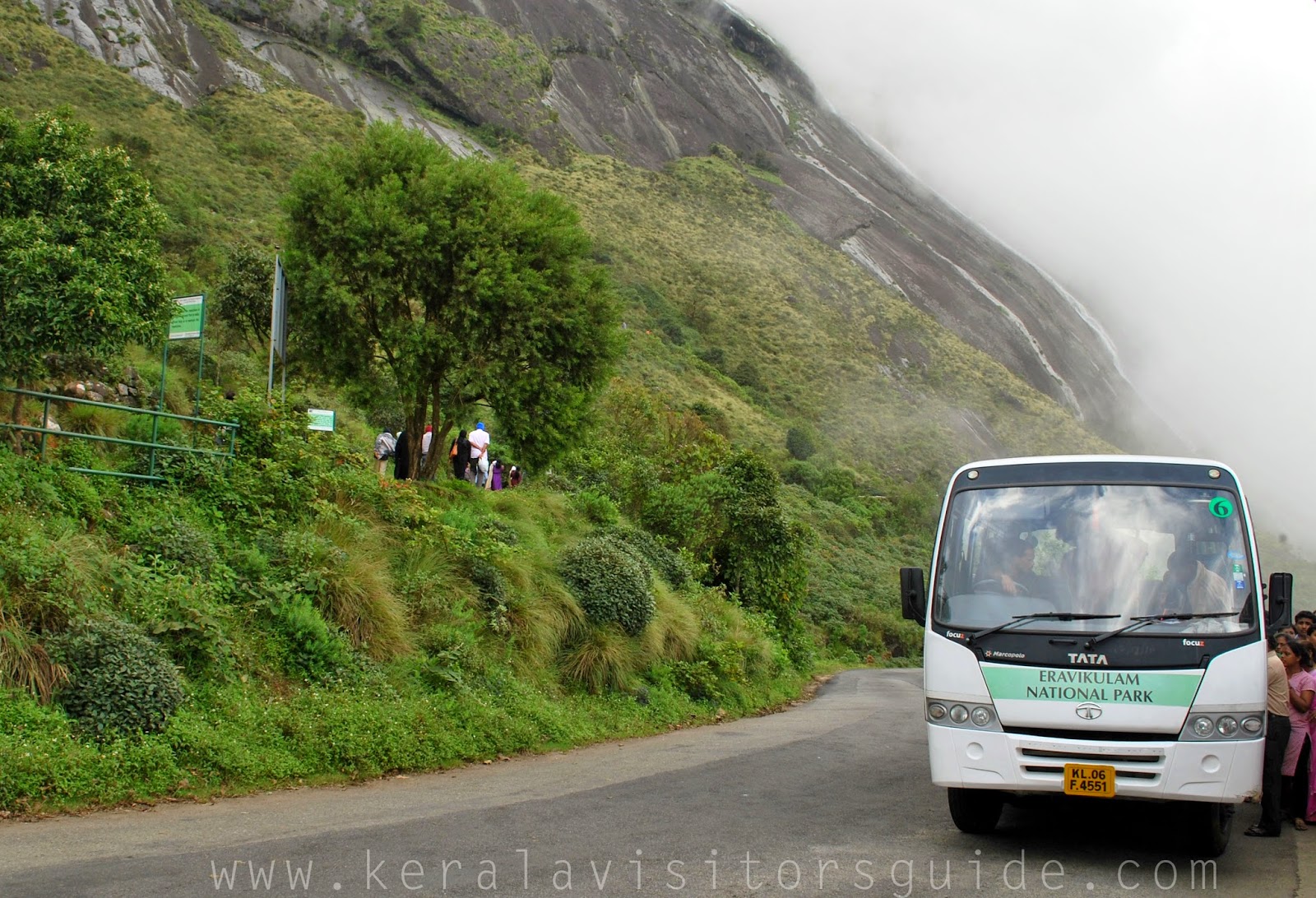 On the route you can enjoy the greenery of the tea plantations and streams of water cascading over the rocky mountains from some where behind the clouds. 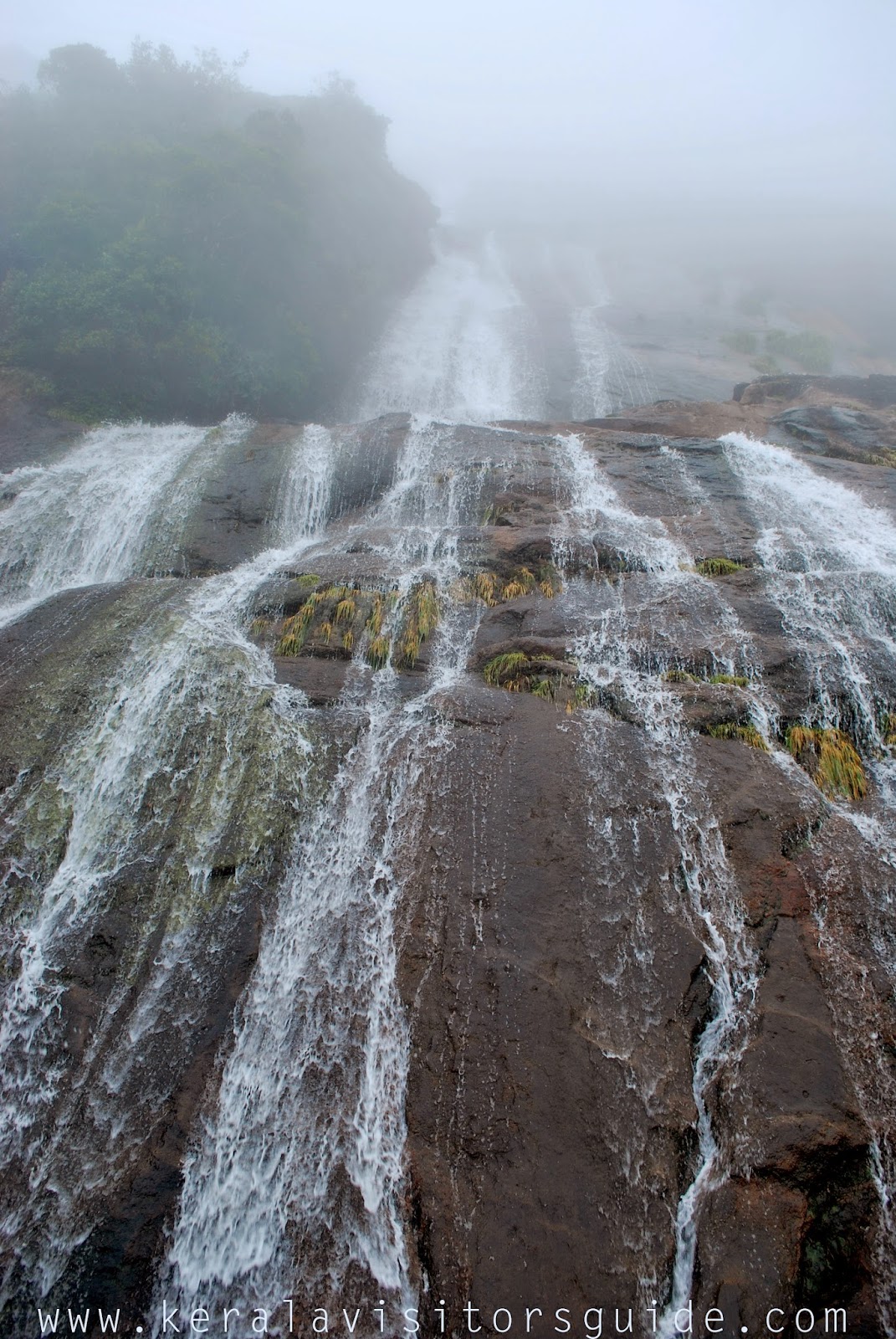 When you reach up you will be welcomed by groups of tahrs, which also was better compared to previous visits when we had to struggle to see even one or two. 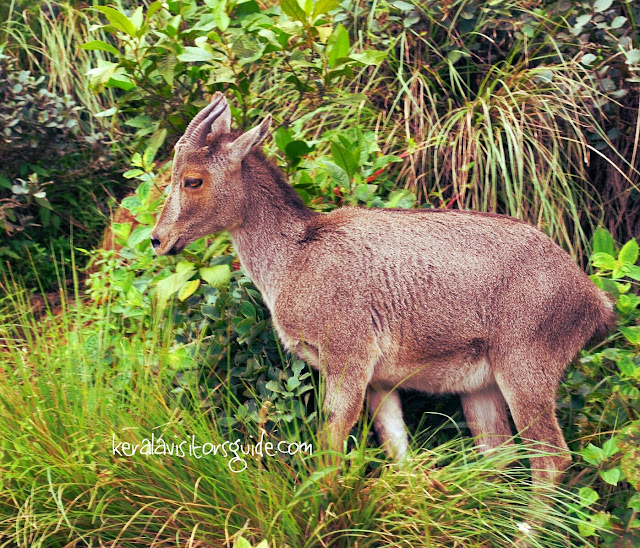 I always found tahrs lying on the steep rocks and they have special skills for climbing up and down the cliffs. 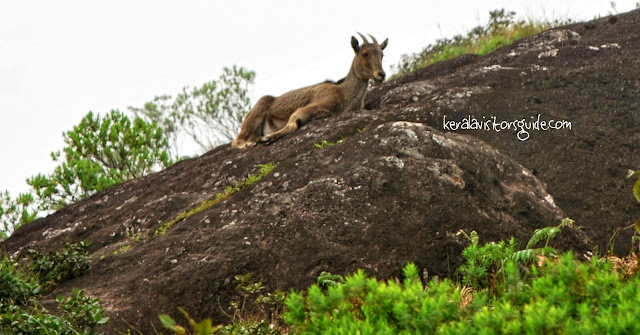 As per the Wildlife census conducted by Kerala forest department in association with volunteers from College of Forestry & Veterinary Science under Kerala Agricultural University, from April 24-28, 2014, number of animals in Eravikulam National Park has increased to 894 individuals. This is the highest ever count recorded in the national park, with the first census in 1996 finding only 640 Tahrs The Nilgiri Tahrs are stocky goats with short, coarse fur and a bristly mane. Males are larger than the females, and have a darker color when mature. Both sexes have curved horns, which are larger in the males, reaching up to 40 centimetres (16 in) for males and 30 centimetres (12 in) for females. Adult males weigh 80 to 100 kilograms (180 to 220 lb) and stand about 100 centimetres (39 in) tall at the shoulder.
Email ThisBlogThis!Share to TwitterShare to FacebookShare to Pinterest
Labels: Eravikulam National Park, Hill Station, Idukki, Munnar, Nilgiri tahr, Rajamala, Trekking